It’s been a big week for a couple of STC Elite athletes as they continue to compete in international competitions around the world.

The big news this week was Tomas Cotter running 3:58.50 in the Mile at the Morton Games in Dublin, Ireland.  Cotter had run some good races this summer in Europe but this was definitely his best.  He is the 51st Irish man to break the four minute barrier and was the top athlete from his country in this race.

From Cotter, “I knew it was possible but to be the first Irish man and beat some of the world’s best was incredible!”

He has the Irish Championships in two weeks and is working on getting in a couple other fast European races now that he has a fast time in the Mile.  He will probably run the 1500m and 3000m steeplechase.

STC Elite athlete Austin Bahner has also had a busy summer capped by an eighth place finish in the Pan Am Games Decathlon.  He scored 7451 points, just two behind seventh and 49 behind sixth place.  It was his second international competition of the summer representing the USA as he has now made four different national teams in his career.

Congrats to Tomas and Austin for their terrific performances! 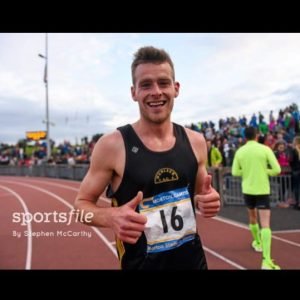 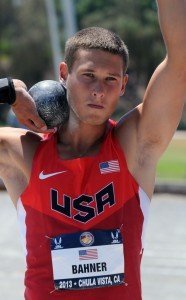