Sunny skies and 70 degree weather provided for a glorious backdrop for the 7th Annual Shocker Track Club Halloween Throws Pentathlon sponsored by Shocker Fitness with Coach Bolt!  This year’s event featured a Halloween theme with some athletes competing in costume, and everyone participating in fun activities and contests!  Next year we will not contest bobbing for shot puts! 🙁 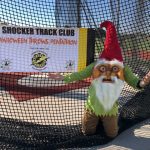 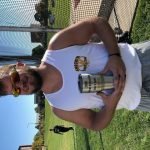 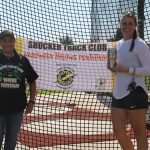