Bahner gets STC Elite started for the indoor season

Austin Bahner was the first STC Elite athlete to begin the indoor season as he competed at the Bill Easton Classic Friday at the University of Kansas.

Bahner began his day by running 7.03 in the 60m to place 2nd in his prelim.  He ran fast enough to qualify for the finals but in this meet they only took collegiate athletes to the 60m final.

Bahner has already qualified for the USA Indoor Championships in the Heptathlon and plans to compete throughout the indoor season to get ready for that competition.  His first Heptathlon is scheduled for January 30 at the University of Northern Iowa. 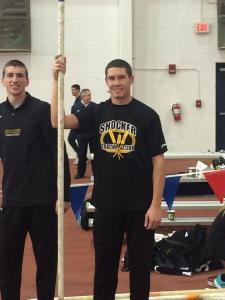