The Shocker Track Club Bill Butterworth Indoor Meet will be conducted with partner Friends University on Friday and Saturday, January 21-22, 2022 in Wichita, Kansas, at the Wichita State University Heskett Center. Complete details will be announced soon.  Events will be held for Youth (ages 8 and under through high school seniors), collegiate athletes, Open and Elite (adults) athletes, and Masters (age 30 and up) athletes. Some events are age specific and may not be conducted for all athletes. Changes to events may occur up until the date of the competition.  Entrance/Fan Fee will be determined later. Concessions are possible.

Shocker Track Club is excited to announce the summary details of the 2021-2022 Youth Indoor Track & Field program.  The first practice will be on Monday, October 4, 2021 at Wichita State University’s Heskett Center.  This year’s program is for children ages 7 through 18 including high school seniors.  Contact us at youth@shockertrackclub.com with any questions. Compete Registration Information and Forms will be available soon.

We are extremely saddened to share that long time supporter of Shocker Track Club, Wichita State University Track & Field, and masters track and field, Bill Butterworth, passed away peacefully at home on August 20, 2021. Bill, as he insisted on being addressed, was the namesake of our annual Indoor Meet held at Wichita State’s Heskett Center.

Larry Staton described Bill like this – “What a guy!  A true gentleman in every way.  Very gracious.  One of the most encouraging individuals I have known.  We made many road trips to track meets together.  He had stories that filled in the gaps on every trip.  I recall his response when he was told that we were going to name the indoor after him.  He received that news so humbly but was hesitant in doing so as he thought others more deserving. He was an accomplished Masters athlete at the National level.  I know he was on a 4×100 that set a National record at one time and he may have a Standing Long Jump record.  Bill never talked about his records.  But, he did show me over 1,000 medals that he had won.  Most, if not all, were Gold.  He competed in Hurdles, 100 and 400 Meters when he was younger but injured a quad muscle that took him out of those events and High Jump.  He continued with Discus, Shot Put, Hammer and Standing Long Jump.   I am sure that many of you have stories about Bill.  I know you will miss him.”

Bill will most definitely be missed and cannot be replaced!

The Shocker Track Club (STC) Youth Team is excited to offer OUTDOOR INTERCESSION Track and Field training for August and September 2021.   Practices will be held on Mondays and Wednesdays (excluding holidays) from 630p to 730p at Wichita State’s Cessna Stadium.  The fee is $25 total for two months of training. Contact Darren Muci at youth@shockertrackclub.com for more information.

True, from Lebo, Kansas, is one of four of the 24 javelin throwers in the US men’s Olympic trials from Kansas. Brett Thompson (Erie/Pitt State), Joshua Hudiburg (Fort Scott/Pitt State), and Logan Wolfley (Silver Lake/KSU) are the others.  All four were state champions in high school and all four were All-American in college in the javelin. 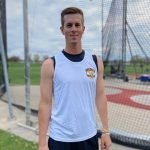 The Shocker Track Club Youth Team will serve as Co-Commissioner (alongside the Topeka Blazers Track Club) of the Track and Field Competition of the 2021 Kansas Sunflower Games!  The competition will take place on July 9-10 at Hummer Park in Topeka, Kansas.

Eleven (11) athletes – all current Elite or former Youth Team members – of the Shocker Track Club competed hard and well at the Wichita State Shocker Spring Invitational!  A quick run down of the participants follows –

Here is the fillable .pdf Registration Form >> FINAL STC Submittalble Form 2021
Notes:
(a) If the SUBMIT button on page 6 does not work after completing the required fields, save the document and email it to youth@shockertrackclub.com
(b) You will receive a confirmation email within 15 minutes of your submittal.  If you do not, please email the document to dcmuci@gmail.com .

You are invited to Zoom meetings on Sunday evenings at 700p beginning March 21, 2021 to learn more about the program

Register in advance for this meeting: STC Youth Info Meeting
After registering, you will receive a confirmation email containing information about joining the meeting. 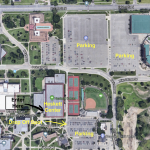 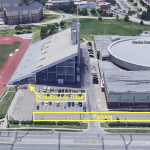 February 19, 2021 – Plans are being developed for the 2021 Spring/Summer Outdoor season and will be announced in early March!  Workouts will be held on the Wichita State University campus beginning in April.  Training will again be provided in every event in Track and Field for Youth ages 6 through 18 and May 2021 high school graduates.  Training programs are also available for Parents to participate!  Contact youth@shockertrackclub.com if you have questions or would like to be contacted with more information!  #EveryStepCounts